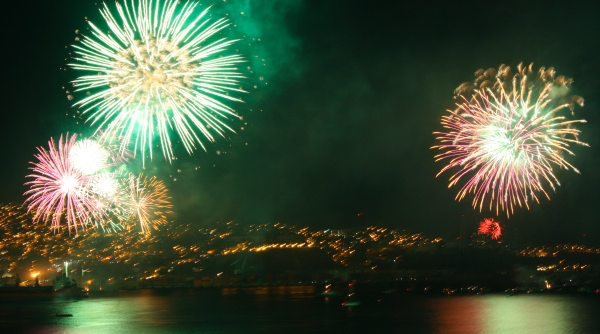 Yes, dear reader, I did. I took an article that I published two years ago, changed the dates and republished it here today.
But before you point your finger and accuse me of cut-and-paste journalism (or ‘churnalism’ as it is know in the business), consider this: next year will be ‘the year of the ORSA’.

The Omnibus II deal provides the needed clarity on the rules and paves the way to progress the Pillar II and Pillar III work that have been left hanging for the past two years.

Germany and the UK have already indicated they will focus on ORSA next year. Speaking at the FFSA conference in Paris on 15 November (two days after the Omnibus II agreement) Dr Elke König, President of BaFin, said the ORSA was a “top priority” for BaFin. Both Julian Adams, Deputy Head, PRA and Christian Noyer, Governor, Banque de France, who shared the stage with her, strongly agreed.

And as the Solvency II Wire survey on attitudes to the EIOPA preparatory Guidelines shows, many other countries have indicated they intend to fully comply with the Guidelines on Pillar II.

So without further ado I give you: ORSA challenges for the year ahead, ahem … 2014.

Originally published on Solvency II Wire, 8 January 2011
So this is the year that will give us the final Solvency II Level 1 and Level 2 texts – or so we are told. To date, firms have spent the best part of their Solvency II preparation efforts on Pillar I. But with two year to go until full implementation, they should be turning their big guns to the remaining two pillars. And perhaps most importantly the firm’s Own Risk and Solvency Assessment – the ORSA.

No two ORSAs should be the same. In the introduction to the public consultation on the ORSA Level 3 text guidelines, published late last year in 2010, EIOPA stated, “The guidelines focus on what is to be achieved by the ORSA rather than on how it is to be performed.” The ‘O’ in ORSA stands for ‘Own’, the regulator is keen to point out. Each firm must tailor its ORSA to the size and nature of the organisation.

Throughout 2011 2013 regulators and industry leaders continued to bang on about the importance of Pillar II, and the centrality of the ORSA to the entire Solvency II project. It should be at the forefront of Solvency II planning for 2012 2014 and as firms start thinking of implementing the ORSA they must be aware of the challenges that lie ahead.

A key component of the ORSA is defining the firm’s risk appetite. This will articulate its attitude and exposure to risk and support delivery of strategic objectives. But this may prove challenging in a number of ways.
“Developing and articulating a risk appetite that is actually meaningful and useful is quite tricky,” according to Kathryn Morgan, Manager, Solvency II Pillars II and III Policy Team, FSA.

One of the difficulties is that ‘risk appetite’ can mean different things to different people. “For instance, there may be some things that a firm will absolutely not do and so its risk appetite for these risks will be zero,” Ms Morgan said. “The risk appetite needs to reflect the culture of a firm, and also be articulated in a way that it can be understood, embedded and used in decision making at all points in the organisation.”

However, defining a risk appetite won’t guarantee good decision making on its own and this is where governance and “tone at the top” is critical, Ms Morgan added.

Many of the key challenges in implementing the ORSA process cluster on communication, both internally and with external stakeholders. Effective and concise communication of the complexity of the business is crucial for understanding risk and helping senior management act accordingly. “The challenge is to really understand your business and define that complexity,” Paul Barrett, Head of Risk Management Operations at Chartis Europe, explained.

“The more you have to bury things in unintelligible, over long and overly complex jargon, the more likely it is you are not conveying the risks in the company and you are failing to engage your senior management and your Board in the choices you are making.”

Part of the implementation process includes communicating the effects and changes of Solvency II throughout the organisation, and time must be allowed for individuals to understand the implications of operating in a Solvency II environment.

“One of the main challenges that insurers are facing in implementing Solvency II is one of understanding,” Paul Brenchley, Director, KPMG, said. “There are many key people in organisations who are very busy doing their day jobs, especially given the rapidly changing external environment that we have at present. Trying to get their head around some of these new Solvency II expectations required of them is a particular challenge, as it demands time.”

Mr Brenchley believes this time is well spent, making sure firms can reap the full benefit of Solvency II once it becomes part of the ongoing running of the business.

The Board must adjust to Solvency II

The Board and Non-Executive Directors (NEDs) will also have to adapt to the increasing demands placed on them by Solvency II. “The regulators have been pushing hard on their expectations on NEDs, especially over recent months,” Mr Brenchley said. “So some insurers are expecting to see a different Board model operate in the future with a greater frequency of meetings and NEDs spending more time with the business.”

A common language with the regulator

A further challenge lies in determining how firms interact with the regulator, according to Melanie McLaren, Chief Risk Officer, Friends Life. This should extend beyond the actions of individual firms. “As an industry we need to consider how we can simplify our language – we should be aiming for a position where we are all using the same vocabulary and consistent language as we are ultimately all working towards a common goal.”

One of the overarching challenges firms face is embedding the ORSA into the daily business decision making of the firm. It is one of the requirements of the directive that will prove particularly challenging, as these decisions are made by staff in different roles across the organisation.
“This means that there are, in effect, two challenges in one,” Mike MacDonagh, Enterprise Risk Management Content Strategist, Wolters Kluwer Financial Services, said. “The first is changing existing practices and mindsets to include an appraisal of the risk and solvency implications of decisions; the second is to make risk and solvency information available to those decision makers in a flexible and consistent way.”

The ORSA has been described as “the heart of Solvency II”. Being aware of the challenges of implementing the ORSA will ensure it functions properly and effectively. It should be high on any insurer’s to do list for 2012 2014.
—
Contributors participated in a panel discussion on Systems of governance and ORSA at the ABI Solvency II conference, 2011
To subscribe to the Solvency II Wire mailing list for free click here.