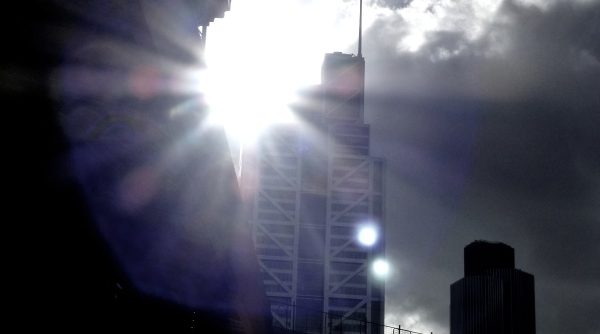 Few supervisors have had as much experience with ORSA submissions as the Dutch prudential supervisor (De Nederlandsche Bank, DNB). Together with the Dutch insurance industry they have put a great deal of effort into preparing for this often misunderstood part of Solvency II. In this exclusive article for Solvency II Wire, Joanne Kellermann, Executive Director of the DNB shares some of the insights acquired by the supervisor over the past three years and outlines three essential conditions to make sure the ORSA does not become a tick box exercise.
—
Some call the ORSA the heart of Solvency II. The ORSA – which stands for Own Risk and Solvency Assessment – looks forward, requiring the undertaking to set out where it expects it will stand in a few years’ time and identifying its biggest opportunities, its largest risks and its solvency needs to implement its strategy. It also clarifies what risks the insurer is willing to take and its action plan to resolve any unforeseen challenges.
In 2011 nine insurers (varying from large multinational groups to small nationally focussed undertakings) voluntarily submitted an ORSA to the DNB for review. By 2013 this number grew to almost one hundred undertakings, and we saw that the quality of the ORSA submissions improved as undertakings repeatedly performed an ORSA. This year an ORSA-like exercise was introduced in the Dutch regulatory framework, making the so-called Own Risk Assessment (Eigen Risico Beoordeling or ERB) mandatory for almost all insurers falling within the scope of Solvency II.
In the ORSA, regulation meets practice. It gives valuable information, enabling the supervisor to better assess whether the insurer is in control of its business. But equally importantly, the feedback DNB received from participants showed that undertakings themselves felt the ORSA to be a valuable and effective tool.

A useful tool for supervisors and insurers

Undertakings that had conducted the ORSA process said the ORSA provided an excellent opportunity for executives to view the company from a distance, assess its business model and reflect on its position.
Doing an ORSA forces the undertaking to look beyond the usual daily business and evaluate strategy, risks and capital in relation to each other in a wider scope and over a longer time frame than usual. In several cases we saw that this led to new or different insights that helped management steer its business and take appropriate actions regarding risks and capital, but also relating to business opportunities. For instance, one group concluded that they were better capitalised than they originally thought and is now considering possible strategic opportunities.
Ultimately, the ORSA helps explicate goals and boundaries such as the risk appetite of the insurance business. Several non-executive board members commented that they found the ORSA report to be a good overview document to discuss the business with management. One captive insurer commented that the ORSA was very helpful in explaining what the insurance business within the group actually encompassed. In other words, a good ORSA enables the undertaking to enter into a dialogue about its future, on the basis of its own views and with any party that may be of importance.

Three conditions for maximising the benefits of doing an ORSA

Having reviewed ORSAs over the past three years, we have come to recognise three important conditions for a good ORSA.
First, the ORSA must be owned by senior management. There were cases where the ORSA was a bottom-up process, without the necessary involvement of executives. This often resulted in a colourful collection of unrelated documents declared to be the ORSA. It lacked coherence or the ability to steer the business. When performed this way, the ORSA is indeed nothing more than a ‘dead letter’, serving only to ‘tick the box’.
In contrast, we have seen that in cases where the board initiates the process and is actively involved from the start, it is able to steer, challenge and support the ORSA exercise. This ensures that the ORSA process is integrated into the business and becomes a concerted effort from all its parts, i.e. not only the risk management function but also, for example, finance and sales. By taking this top-down approach the ORSA provides an integrated and comprehensive picture.
Second, the process showed that a proper ORSA requires a great deal of out-of-the-box thinking; for instance regarding the scope of a group or the type and severity of scenarios. This helps to reveal possible weaknesses and disclose the undertaking’s sensitivity to certain stress factors. It is a bit like a fire drill, where you assume the worst and explore ways to deal with that situation. This requires creativity and audacity, especially when it comes to developing real stress scenarios.
Finally, the ORSA requires transparency in terms of assumptions, expectations and measures. A successful ORSA shows the effect of stress scenarios and the possible measures to be taken in reaction to them. This helps to clarify to all parties involved what actions will and what actions will not be taken, and why. It creates a common ground for the undertaking, its non-executives and the prudential supervisor to start a discussion to understand each other’s views and opinions.
For instance, several undertakings assumed growth of their portfolio in their ORSA, which for them seemed reasonable but which DNB did not deem realistic (looking at it from a macro-perspective). We had a discussion with the undertakings in question as to why they thought their growth expectations were reasonable, how they planned to realise their growth expectations and why they believed they would do better than their competitors. This proved to be a very constructive and enlightening exercise for both sides.
Our experience has shown us that if you lack any of the three conditions (involvement of senior management, creative thinking and transparency in your approach) the ORSA process will not be very useful or informative. But if insurers and regulators together succeed in meeting these requirements, the ORSA will surely benefit both parties, thus bringing us a step closer to mutual understanding and, ultimately, a financially robust sector.
—
The author is an Executive Director of the DNB. The article was co-authored by Noëlle Honings, Policy advisor Insurers, DNB. All views are the authors’ own.
To subscribe to the Solvency II Wire mailing list for free click here.

2 thoughts on “Lessons for delivering an effective ORSA”