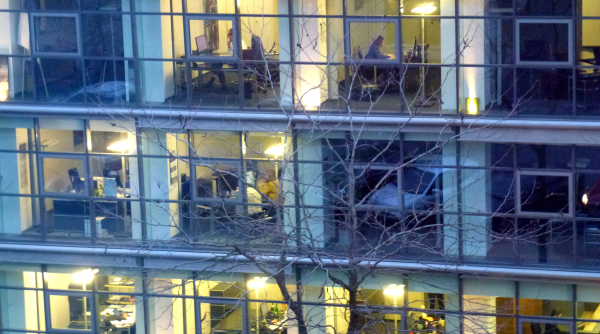 The Board and senior management must actively engage with the ORSA. Alina vom Bruck, a member of the risk management team at the Gothaer Group, describes how favouring simplicity and focusing attention on the biggest risks helped engage senior management with the ORSA at one of Germany’s largest mutual insurance groups.
—
The ORSA is introducing a new way of thinking for insurance companies and supervisors. Until now, supervisory quantitative requirements such as solvency ratios or stress tests were set, calculated, and monitored, but these requirements were not scrutinized beyond compliance. If an undertaking met the requirements it was considered solvent. With the introduction of the ORSA this assumption is now in question.
Doing an ORSA raises questions that will now have to be answered on an on-going basis: Is the Standard Formula appropriate for the company? Have all risks been considered? What is the actual and individual solvency situation? The ORSA, and more precisely the requirement to evaluate the firm’s overall solvency needs, ensures that even insurers without an Internal Model will understand their risks and have their solvency position under control.

At Gothaer we began working on our ORSA in 2012 and produced the first test run ORSA and ORSA report in 2013. This year we have to submit the first ORSA results (our overall solvency needs) to the supervisor as part of the Solvency II preparatory phase.
Through our work so far we found that the assignment of responsibilities is changing with the ORSA. While in the past departments such as risk management or accounting were entrusted with the assessment of solvency, the responsibility now rests with the Board.
In addition, Solvency II expects that the results of the ORSA will be used in the management decision-making process. This is a significant change within our company. Previously the solvency position was usually considered only as a constraint on decision-making. It is now relevant for all major business decisions. This of course assumes that management has at least a basic understanding of the models and factors.

Involve the Board early

With the introduction of Solvency II it is necessary to ensure that the Board is involved early in the implementation of the ORSA. Our first initiatives to implement the ORSA were led by the risk management department that is entrusted with coordinating the ORSA work.
The development of the concept is not the task of the Board, but what we discovered is that the Board should be involved early. Otherwise it would be increasingly difficult to introduce management to the ORSA and get them actively involved. When the first results were presented, it was difficult to make them accessible. The process was too abstract, the assumptions and models still unknown. This made it difficult for the Board to derive benefit from the results. Some workshops were necessary to explain the process and the results and to get them to the position of taking responsibility for the ORSA. In hindsight getting them involved earlier would have probably made things easier.

We also realized that the methods and models that underlie the ORSA do not need to be highly complex to provide useful information for decision-making. For example, the sensitivity to changes – internal or external – can be shown even by using simple stress tests changing one or a few parameters of the Standard Formula or the input of a planning scenario. In the dialogue with the Board we found that it is even advantageous if the methods are kept simple.
There is always a trade-off between accuracy and comprehensibility when trying to simplify things. But the purpose of the ORSA is not to build a new reporting process, it is to understand the risks and take them into account when making decisions. Therefore, our goal is to make the methodology as simple as possible, provided of course that all relevant factors are covered. This facilitates the dialogue with management and thus the integration of the ORSA into the decision-making process.

Concentrate on the biggest risk factors

In our first ORSA process we concentrated on the biggest risk factors and deviations from the assumptions in the Standard Formula – this was in part due to time and resource restrictions. The most significant risks that are modelled in the Standard Formula only through a factor approach were analysed, e.g. property risks, underwriting risks (particularly non-life) and operational risks. In the deviation analysis and the calculation of the overall solvency needs we first examined the largest deviations (including the deviation that results from the lack of a risk capital charge for government bonds).
The assessment of the overall solvency needs certainly did not take into account all risks in their entirety, but it gave us an idea of our overall needs. Although this figure will develop over time, we now have a good approximation of our solvency needs. From this initial result, we can now start to make improvements in the following years. Our aim is to have analysed each risk module and documented the deviations by the start of Solvency II in 2016.

Focus on the essentials

In order to achieve the objectives of Solvency II and promote an active risk management, the Board must be involved in the ORSA activities at an early stage. To show management the benefits of the ORSA, the methods should be understandable. In addition, the focus must be directed to the essentials: the levers that influence the risk situation most should be made transparent in order to support decision-making. Too detailed information is not adequate and there is the danger of losing sight of the essentials.
—
The views expressed are the author’s own. Alina vom Bruck is a member of Gothaer’s group risk management team.
The Gothaer Group is one of Germany’s largest insurance groups and one of the country’s largest mutual insurance associations.
To subscribe to the Solvency II Wire mailing list for free click here.