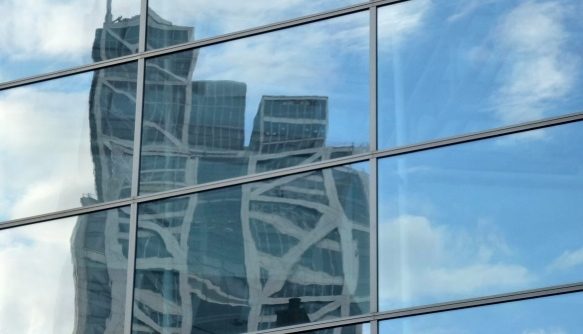 The Danish regulator is beginning to detect emerging patterns in the way insurers are conducting the ORSA: the Solvency II centrepiece. Jan Parner, Deputy Director General of the Danish FSA explores the rise of a positive trend in standardisation and a feeble link between capital to the business plan.

In 2008 the Danish FSA introduced a risk-based capital requirement to be applied alongside the existing Solvency I regime as a first step towards introducing Solvency II. It soon became clear that the majority of companies treated the new solvency regime as regulatory compliance that was disconnected from the strategic planning and daily operations of the company.
The lack of a “use test” and the “missing link” between strategic planning and capital requirement led to our decision to introduce an ORSA-like requirement two years later. It required companies to assess their individual solvency needs throughout the business planning period for a longer period of 3-5 years: much longer than the one year covered by the SCR-measure.
Reports for this ORSA-like requirement were submitted to the FSA on a voluntarily basis until 2013. Both the process and report were subject to scrutiny and onsite inspections. From 2014, following the publication of the EIOPA preparatory guidelines, the submission of an ORSA report on an annual basis became mandatory.

Having reviewed ORSAs over the period we are seeing a trend towards more standardised processes, which is also reflected in the table of contents of the reports. The largest industry players seem to design both process and table of contents in-house whereas the majority of smaller firms have relied on external advisors. So far this standardisation has contributed positively to improving the quality of both the ORSA process and corresponding report, in particular among the smaller players.

A disconnect between strategy and capital

A closer examination of the nature of the ORSA processes we reviewed revealed that too often insurers approached the process as a regulatory compliance exercise. Although we often receive feedback that running the ORSA has increased the understanding of the business, the discussions of what might happen given the chosen business model and strategic plan often don’t address the potential need of capital for executing the plan. There is a disconnect between the firm’s current performance, the budget for the following years and the assumptions underlying the budget.
For example, we have seen a case of non-life insurer that operated with a combined ratio below 100. The insurer planned to boost growth above inflation in order to rectify the situation. But during discussion with the firm it transpired that it considered new business as being less profitable than the existing business, yet this was not included in the overall solvency need of executing the plan with the risk of using up too much capital.
Similarly we have seen insurers that invested in high yield government bonds but did not consider that the zero-risk capital charge in the Solvency II Standard Formula does not reflect the real market risk of the investment.
It is not always clear to us as supervisors that firms think of the individual solvency need within the ORSA as the capital preparation for executing the operational plan, rather than a modification of the SCR within Solvency II to cover the coming 12-months operation.
Firms often also don’t consider that an identification of a particular risk might not only initiate a discussion about capital but could also lead to a discussion of how to control or mitigate the risk. In the example of investing in government bonds given above this would mean looking at how to react to a potential downgrade in credit rating.

Scrutiny of the use test

Despite performing ORSAs for several years we are still seeing firms struggle to fully integrate the ORSA into their business planning, the so-called use test. While the ORSA is used to consider certain aspects of the plan, others are neglected or ignored.
For example, when designing a growth plan, the ORSA will address the fact that the SCR may increase when executing the plan. However, when deciding a strategic change of distribution channel (as part of the plan) it does not include an assessment of future capital needs.
A similar lack of application of the use test can occur when dealing with a breach of underlying assumptions for the operational plan. A firm might have a thorough ORSA process based on a chosen strategy, but will then go through the operational plan and its risks with an underlying set of assumptions that has critical impact on the outcome of the plan. Yet, often, a proper identification of what the critical set of assumptions are, is lacking. Furthermore, little or no thought is given to scenarios in which these assumptions are breached or turn out to be incorrect. Too often the what-if scenarios on critical assumptions are missing in the ORSA process. Hence the early treatment of potential future issues and any capital implication is lacking.

Three lessons stand out from our experience of reviewing ORSAs so far.
First, choose a language for risks that makes it possible for all members of the board and senior management to participate in the discussion. It is clear that economic risks are easily debated among people with economic training, investment people take a lot of hard issues for granted and actuaries are keen to use their language when talking about actuarial risk. However, a fruitful outcome of the discussion of risks that the company is facing, or might be facing, within the business planning period will need more than technical contributions. For example, a change of jurisprudence over time might affect a particular line of business in adverse way.
Second, assess all risks. Too often the focus is on the risks defined in the Standard Formula and less about those intangible risks. These include, competitors’ moves, distributional channels, reputational risk and, in particular, trends that emerge over several years. Think about the impact of cloudburst on policy wording, on risk selection, on exemptions of coverage and on pricing. How is the increased frequency and severity impacting the market and what is the response from the firm?
Third, link the individual risks to the existing business strategy. Consider how different elements in the strategy impact risks. Too many times the “missing link” between the strategy and the capital required to run the business going forward is not evident. It is part of the use test.

Steps in the right direction

Our experience has shown that neither the process nor the ORSA report will be perfect the first time. But if you find yourself in ORSA discussions by which you gain insight on the outlook of the business you are on the right track.
—
The author is the Deputy Director General of the Danish Financial Services Authority. The views expressed are the author’s own.
—
To subscribe to the Solvency II Wire mailing list for free click here.

This website uses cookies to improve your experience while you navigate through the website. Out of these cookies, the cookies that are categorized as necessary are stored on your browser as they are essential for the working of basic functionalities of the website. We also use third-party cookies that help us analyze and understand how you use this website. These cookies will be stored in your browser only with your consent. You also have the option to opt-out of these cookies. But opting out of some of these cookies may have an effect on your browsing experience.
Necessary Always Enabled
Necessary cookies are absolutely essential for the website to function properly. This category only includes cookies that ensures basic functionalities and security features of the website. These cookies do not store any personal information.
Non-necessary
Any cookies that may not be particularly necessary for the website to function and is used specifically to collect user personal data via analytics, ads, other embedded contents are termed as non-necessary cookies. It is mandatory to procure user consent prior to running these cookies on your website.
SAVE & ACCEPT