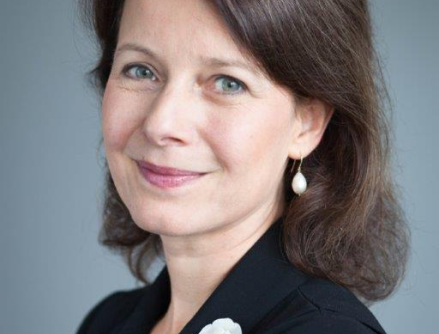 Solvency II Wire about the Commission’s shifting priorities and the challenges of implementing and monitoring Solvency II. — Nathalie Berger was appointed to head the Insurance and Pensions Unit at the European Commission at a very different time than her predecessor. When we meet in October of last year things are different. The dramas of the Omnibus II legislative process are over. The Directive is in place and the implementation date firmly set. The Delegated Acts, that wretched Level 2 text is also, mostly, in place, as are most, but not all, of the Level 3 Guidelines. Most of the frenetic at times panicked industry lobbying also seems to have abated for now and the threats of firms leaving to sunnier shores have, mostly, ebbed away. We are in a different world. Ms Berger, whose career at the Commission includes work in teams responsible for the Lamfalussy reform and the post-crisis supervisory architecture is a new-comer to the insurance world. In the three years prior to taking up this role she was head of unit for Audit and Credit Rating Agencies, where she was responsible for leading the reform of the statutory audit legislative framework. We are in the same office, at the same table, where I met her predecessor Klaus Wiender and I asked her what she made of her first encounters with the insurance industry and the technicalities of Solvency II. “Well, for me this is fascinating,” Ms Berger says. “This is, of course, a huge challenge with a steep learning curve because, as you said yourself, these topics are highly technical, so, of course, I need to get into the technicalities of all these issues. But I find this very very interesting and I would say that working in that area gives the possibility to try and act under different angles.” “If you take the perspective of insurers’ investments and you make the link with the Juncker Plan and the Action Plan on the Capital Markets Union, we look at this in both ways in the sense that, of course, insurers are major potential investors and they can play a key role in re-launching investments, long term investments, and helping the European economy to restart, etcetera… So we can look at this from the angle of the contribution that insurers can make to the economy… but we also look at this from the angle of allowing insurers to diversify their investments and, of course, allowing or helping insurers to face the challenge of the low interest rate environment, so to try and take some measures in order to encourage insurers to invest in slightly riskier projects in order to be able to get higher returns and hence meet their long term liabilities. That’s another angle, and you will immediately make the connection with the adoption of the revision of the Solvency II Delegated Acts for investments in infrastructure projects.”

The Delegated Acts for investments in infrastructure, the Capital Markets Union (CMU) and the Juncker Plan in itself are all part of the change in mood in Brussels since the European Elections in May 2014. ‘Growth’ and ‘stability’ are the new buzz words. ‘Regulation’ is slowly receding to its status as a ‘dirty’ word through the likes of the Better Regulation initiative, couched in language of effectiveness and cost. There are also changes in the Commission. DG MARKT (Internal Market and Services), home to financial services is now DG FISMA (Financial Stability, Financial Services and Capital Markets). It has a new head. Out with the former French minister Michelle Barnier, who was brought in to strengthen financial services regulation after the crisis, and in with the British Commissioner, Lord Hill, a man whose appointment was called into question by some MEPs, over his ties with the City and potential conflicts of interest with his work in the lobbying industry. The fervour with which the Commission is pushing the Capital Markets Union (CMU) agenda in the face of some serious questions about its efficacy as a means to boosting European growth is somewhat surprising if not disconcerting. Part of the plan includes lowering the capital charges on certain asset classes in Solvency II as well as the introduction of a new securitisation class – all in the name of creating favourable conditions for insurers to invest in infrastructure and help kick-start the European economy, still reeling from the financial crisis and the massive transfer of debt from the banking system to governments. There is much hullabaloo about these reduced capital charges in some circles, despite the poor returns offered by infrastructure investment at the moment. Critics of the CMU, mostly public interest groups such as Finance Watch, a think tank set up and partially funded by the European Union, argue very credibly that there may be better ways to boost growth and increase lending to SMEs than creating credit, and that further financialisation in Europe may be, at the very least, ineffective if not down right counter productive to generating growth. In its 2014 report A missed opportunity to revive “boring” banking Finance Watch cites research from the Bank for International Settlements and the IMF showing that beyond a certain point, too much financial development becomes detrimental to the economy, reducing growth and increasing instability. According to research from Bain & Company Europe has already reached that point. Using research from law firm Allen & Overy, the report shows that, contrary to claims from supporters of the CMU, the USA and Europe do have a similar level of reliance on bank  funding for corporates (around 70%). Most importantly Finance Watch provides evidence showing that the CMU is far from the most pressing issue for driving SME growth – that magic ingredient for generating growth. It quotes an ECB study from 2013 showing that ‘finding customers’ is by far the biggest concern for SMEs. ‘Access to finance’ is the second most pressing concern but it is almost equally weighted with ‘skills availability’ and ‘competition’. While Finance Watch is supportive of the long-term funding initiatives of the Commission it concludes: “More generally it is also not clear that we need to change the European model and promote capital market financing in order to finance the real economy and revive growth.” Yet the CMU sails through the system with almost no opposition. At the time I visited Brussels to interview Ms Berger I had the opportunity to drop in at the Parliament to listen to an exchange of views with Commissioner Hill about the CMU. Some MEPs raised questions echoing the concerns expressed by Finance Watch but these were waived away by Lord Hill. He told MEPs: “For me, who was a businessman myself, wherever I go to ask entrepreneurs, small businesses, how are they finding it in terms of raising money so that they can grow and … employ more people, wherever I go, whichever country it is people say: ‘we’ve got a problem in getting funding from the bank’. So I am completely unapologetic about wanting to increase funding for business, to increase funding into the European Economy.” The insistence of pushing ahead with the plan and creating more credit without much consideration for alternatives is reminiscent of the near blind faith belief in market consistent valuation of assets and liabilities that has tripped Solvency II. Back then, in the days of the so-called ‘great moderation’ it would have been hard to find anyone to challenge the assumption that markets always reflect the fair value of an asset. That assumption was shattered by the crisis. Today the preference for “more market” and credit creation over alternatives such as tackling inequality or addressing structural demand side problems may come back to haunt Europe. Some learning from history would do us all good. These may be different times, but in some ways the security and stability surrounding Solvency II has a certain wobbliness about it, driven by the changes to the capital charges, securitisation initiative and the three major reviews built-into the Directive:

of these short sentences conceal big icebergs. The LTG, for example, is basically the main determinant of the amount of capital life insurers have to hold. It is the product of bitter lobbying battle fuelled by the problems associated with applying a market consistent valuation of assets and liabilities at a time when asset prices are exhibiting anything but rational pricing behaviours. For a Directive that has been mired with delays, having built-in review dates is a double edge sword. I ask Ms Berger about the Commission’s plans regarding the 2018 review. “We are now starting to do the preliminary work, to plan and organize the work for the 2018 review, so we are really concentrating our efforts into 2016 to organize for that review,” Ms Berger says. As for the review of the LTG measures she explains:“That is scheduled for the 2021… I mean this is the reference in the Directive. So far we were all focused on the action plan for the Capital Markets Union and it’s only now that we can really turn our efforts and our attention to preparing for this review.” I note that the UFR (which is part of the LTG) is already under review by EIOPA. On this as well the Commission has no intention to move too soon. “It’s too early [to discuss the review], and you know all our efforts are also focusing on preparing for the entry into applicability of Solvency II and then having the first months of observation and monitoring of how all this enters into force and how it applies in practice.”
—
In Part 2 Ms Berger talks about transposition, equivalence and the question of transparency.
To receive a copy of part 2 directly to your inbox subscribe to the Solvency II Wire mailing list.
.