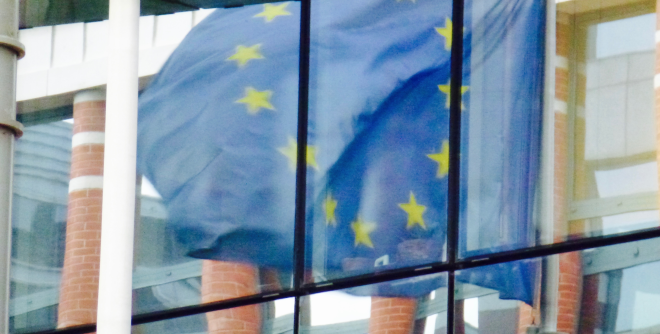 Part 1 of this extensive and first interview with Nathalie Berger, Head of the Insurance and Pensions Unit at the European Commission, looked at the impact of the Capital Markets Union on Solvency II and future changes to the directive. In Part 2 Ms Berger talks about transposition, equivalence and the question of transparency.

The implementation of Solvency II is now moving to centre stage. This is driving both a change of approach and priorities. In the coming months and years the theory behind the Directive, especially some of the more creative solutions in the LTG, will be put to the test. The Commission is right to take a wait-and-see approach before making any changes. The diversity of insurance markets across Europe is inevitably leading to uneven progress. It is unreasonable to expect that national differences that developed over years will be waved away over night. Referring to the Directive Ms Berger says: ”It is one thing to have an instrument which is providing for maximum harmonization; it’s another thing to look, of course, into how this is going to be implemented and enforced.” She points to the key role EIOPA will play in the process. “EIOPA has been working for a few years now in order to prepare for the full applicability of Solvency II. And what will be for me the major change or the major shift is to see the role that EIOPA will be playing from the 1st of January [2016] onwards, and notably the role that it will play in order to organize the coordination of colleges of supervisors.” “And I really believe that EIOPA will have to play an absolute key role in ensuring consistency – a maximum harmonized process of implementation and enforcement of Solvency II.”
Ms Berger’s message has been echoed several times since by EU officials in the run up to the implementation of Solvency II. Paradoxically EIOPA’s budget was cut by 7.6% in February 2015 – a point I don’t put to Ms Berger but one worth noting in light of the great faith being put in this relatively new agency.

Part of the problem with implementation has been the delay in transposition of the Directive into national law. We now know that most Member States have transposed the Directive for its entry into force on 1 January 2016, but at the time we met only a handful managed the 31 March 2015 transposition deadline.
Ms Berger, a fifteen year veteran of the Commission, notes her surprise at this when taking office: “The first thing was the shock to realize that such a big number of Member States would not have transposed on time. And we are very much looking into this and the follow up measures.”
Subsequently the Commission opened advanced infringement proceedings against six Member States, three of which, Bulgaria, Cyprus and Greece, did not have the Directive in place by 1 January 2016. Infringement procedures are a complex and lengthy business and it is quite possible that these will be resolved in the coming months.

For some time, one of the unresolved aspects of Solvency II has been equivalence with non-EU countries or so-called ‘third countries’. The thinking behind the equivalence principles is to facilitate cross-border insurance activity by recognising the regulatory regime in those non-EU countries as equivalent with Solvency II. This would eliminate the need for additional capital and other regulatory requirements for insurers in the respective markets.
There are three equivalence articles in Solvency II. The first relates to EU headquartered insurance groups that have subsidiaries in a third country. If that country or jurisdiction is considered equivalent under Article 227 then the group can use the local capital requirements for calculating the group capital under Solvency II; there is no need to apply Solvency II to the third country entities.
Equivalence under Article 227 can either be applied for by the third country (in which case it is permanent if granted) or it can be granted automatically, on a temporary basis for a period of up to ten years. Regulation is not created in a vacuum. It cannot be completely objective and unbiased. By definition it is created in response to existing market conditions, which if they didn’t exist would never arise. In that sense it is like language and reflects existing practices and culture; there is a reason why Eskom languages have so many different words for snow and Swahili only has one.
Cross-border regulation is subject to further pressure because it is created in the context of trade relations between nations or regions. Solvency II is no exception. At a pan-European level the Long-Term Guarantees package represents the competing interests of industries in different Member States. On an international level those factors are expressed in third country equivalence.
Article 227 strongly favours the interests of European insurers in that it allows EU headquartered insurers to operate in those non-EU jurisdictions irrespective of any differences in the levels of capital requirements between them. As Solvency II imposes more stringent capital requirements in most cases, this should eliminate any disadvantage vis-à-vis the local market.
Since Ms Berger took up her role the Commission granted equivalence under Article 227 to six non-EU countries, including the US. “We have adopted the Equivalence Decision which is important for European insurers,” Ms Berger says.
The other two equivalence decisions are much more pressing for non-EU based insurers. Article 260 on group supervision exempts non-EU based insurers from certain aspects of group supervision in the EU and Article 172 allows non-EU based reinsurers to be treated as EU insurers.
In respect of the US, progress has stalled as negotiations could not start until both sides had permission from the respective governmental authorities. Europe obtained permission from the Council and Parliament in March 2015 but US negotiators were waiting for permission to begin negotiations on the Covered Agreement – an arrangement that will remove the collateral requirements for non-US reinsurers doing business in the US – before carrying-on work on equivalence.
Ms Berger would not be drawn into commenting on the situation but brings my attention to the recent Financial Markets Regulatory Dialogue statement: “The EU participants regretted the fact that negotiations of the covered agreement have not opened. Participants from the European Commission and FIO [Federal Insurance Office] reiterated their commitment to engage all stakeholders and to commence negotiations by the end of 2015.”
A major step towards honouring that commitment was taken just over a month after we met. On 20 November 2015 the U.S. Department of the Treasury and the Office of the U.S. Trade Representative (USTR) informed Congress of their intention to start negotiations on a covered agreement with the EU.

The remaining equivalence decisions with the US will have to be resolved in the shadow of the negotiations on another EU-US agreement: the highly controversial Transatlantic Trade and Investment Partnership (TTIP). Like other EU officials and many industry stakeholders Ms Berger would not engage in discussion about TTIP, adding to the overall sense of secrecy surrounding the agreement.
The official line, which I have encountered a number of times, is that insurance is not part of TTIP. But since I met with Ms Berger there have been two noteworthy developments.
Only a few weeks after our meeting, Insurance Europe issued a joint press release with the American Insurance Association (AIA) and the American Council of Life Insurers (ACLI) reiterating their support for “full inclusion” of insurance in TTIP.
More recently the Commission issued a factsheet on investment protection, although there is no specific reference to insurance.
This recent spate of transparency by the Commission is to be welcomed, but it is hard to get away from the fact that the overall public perception is that TTIP is being negotiated in secret, putting the interests of business over citizens. In November campaigners from the action group Stop TTIP handed Martin Schulz, President of the European Parliament a petition signed by over 3.2 million citizens calling to stop the negotiations.

Some of this frustration with the Commission will no doubt be familiar to many working on Solvency II. A number of key documents, primary among them the October 2010 and November 2011 Level 2 texts, were kept unpublished for a long time. And TTIP aside, there is an important discussion to be had about transparency in the work of the Commission.
I ask Ms Berger about the frustration of many stakeholders about the delay in publication and the fact that often drafts of negotiations are not being released even though unofficial versions are available.
“I think you are asking the right question,” she says, “but I am not sure that there is one answer to respond to your question.”
Ms Berger uses the example of the recalibration of the capital charges in Solvency II (see Solvency II Wire 7/8/2014) and points out that the process involves a number of stakeholders, such as EIOPA and various technical committees. Inevitably there will be changes to the technical details as the discussions progress.
“So it’s a question of finding the right balance and finding the right moment. And sometimes this race to see who is the first one to obtain the document creates some very unhealthy situations in the market… and I would not want to be the source of speculative movement to anything on the basis of something which in the end will not be reliable.”
Ms Berger also points me to EU Regulation 1049/2001 concerning public access to European Parliament, Council and Commission documents, which entitles EU institutions to refuse access to “preparatory acts” which could undermine the decision-making process, unless there is a case of an overriding public interest.

The shift of mood in Brussels and changes in the Commission are reflected in the leadership of the Insurance and Pensions unit too. If Karel van Hulle was tasked with the design of Solvency II and Klaus Wiedner after him was brought in to tie up the loose ends of Omnibus II, then the task for Ms Berger is to steer Solvency II into force; first to monitor its implementation and then to help with those critical decisions on what changes to make to the rules and the all important question: when?
When we met, Ms Berger had only been in the job for about six months and although she was familiar with the insurance industry through her work on audit and credit rating agencies, this is her first close encounter with the industry.
“What is more challenging when you start in this position is to face the complexity and technicality of this and how they interact: Solvency II, the Delegated Acts … the different concepts. And the more you try to get into the detail the more you realise that there is more and more… ! So this is, I guess, the challenge for the person who starts for the first six months.”
—